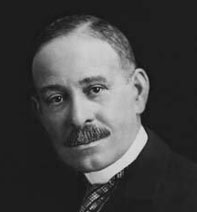 Today, we honor Dr. Daniel Hale Williams, Northwestern's first African-American medical school graduate in 1883. Dr. Williams went on to serve as an instructor in the medical school, performed pioneering cardiac surgery, was appointed Surgeon-in-Chief at Freedman’s Hospital in Washington, D.C. by President Grover Cleveland, and was one of the founders of the National Medical Association. Along with other graduates of the medical school, he also became a founder of Provident Hospital, which provided opportunities for Chicago’s African-American medical students and nurses to further their studies.

Galter librarians have worked to preserve Dr. Williams' legacy and introduce it to a new generation at Northwestern and beyond. You can download this companion poster on "Daniel Hale Williams, Surgeon, Educator & Medical Advocate ," prepared by the library to accompany the U.S. National Library of Medicine's traveling exhibit, “Opening Doors: Contemporary African American Academic Surgeons ,” displayed on the Chicago campus in March-April 2008, with a return to campus in 2016. A presentation on "Daniel Hale Williams, MD: His Legacy of African American Interns at Provident Hospital ... the Northwestern Experience " was given during the “Celebrating the Legacy of Provident Hospital and Training School” conference at Chicago State University in February 2013. 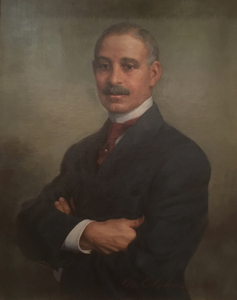 Dr. Williams began his studies at the medical school in 1881, following an apprenticeship with Dr. Henry Palmer in Janesville, Wisconsin. In 1883 he was awarded an MD and established a private practice in Chicago. From 1885 to 1888 he was Demonstrator in Anatomy at Northwestern followed by an appointment as Instructor at the South Side Dispensary (the free clinic of Northwestern). He was appointed to the Illinois State Board of Health in 1887 and at the same time became the attending physician at the Protestant Orphan Asylum. In 1892 he provided a “Certificate of Character” for the admission of Emma Reynolds to Northwestern University Woman’s Medical School. She was a graduate of the Training School for Nurses at Provident Hospital and went on to became the first black woman to be awarded an MD at Northwestern in 1895.

On July 10, 1893, Dr. Williams performed one of the first successful operations of the pericardium and President Grover Cleveland appointed him Surgeon-in-Chief at Freedman’s Hospital in Washington, D.C. that same year. In 1895 he was one of the founders of the National Medical Association before returning to Chicago in 1898 to become Surgeon at Provident Hospital. He taught surgical clinics at Meharry Medical College, Nashville, Tennessee beginning in 1900 and was later appointed as Professor of Clinical Surgery. In 1909 he was appointed to the surgical staff at Cook County Hospital, Chicago, a position he held through 1926. Elected Fellow of the American College of Surgeons in 1913, he was the only black surgeon among the initiates until 1934. After completing his career on the surgical staff at St. Luke’s Hospital, Chicago, he retired to Idlewild, Michigan and died in 1931.

Dr. Williams's portrait is currently on display in the Hughes Auditorium of the Robert H. Lurie Medical Research Center.

This is the first in a number of planned articles this month honoring African American pioneers at Northwestern University. See these other articles: