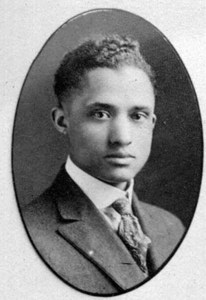 Dr. Lawless grew up in New Orleans, earned his AB at Talladega College, and went on to study medicine at the University of Kansas. He completed his MD at Northwestern in 1919 and also earned an MS in 1920. After studying dermatology at prestigious institutions in New York, Boston, Paris, and Vienna, Dr. Lawless returned to Chicago in 1924. He was one of the first faculty members to receive an Elizabeth Ward research fellowship at Northwestern, which allowed him to focus on finding a cure for leprosy and advancing treatments for leprosy, skin conditions, and syphilis. He taught dermatology at Northwestern until 1940 when he left the university to focus on his practice. 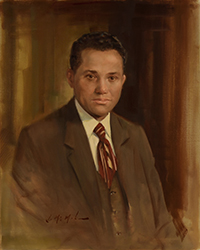 Once out of the academic world, Dr. Lawless concentrated his energies on treating patients and investing his wealth. He had many business interests in Chicago, holding leadership positions at several banks and corporations. As Dr. Lawless’ wealth grew, so did his philanthropy. Believing that black students in the South were more disadvantaged than those in the North, Dr. Lawless donated funds toward educational institutions across the southern United States—though he did not overlook Chicago and contributed support to youth organizations in the city. He also directed his philanthropy to Jewish institutions in the United States and Israel because as a young physician he had received help, advice, and camaraderie from peers of Jewish heritage.

Dr. Lawless received five honorary degrees and earned many awards for his philanthropy and work in medicine and business, most notably winning the Springarn Medal, the NAACP’s highest honor, in 1954.

His portrait was recently hung in the Baldwin Auditorium of the Robert H. Lurie Medical Research Center. The National Portrait Gallery holds a portrait of Dr. Lawless in their collection.