James Edward “Jimmy” Johnson was born on June 6, 1878, in Edgerton, Wisconsin, and was a member of the Stockbridge–Munsee Community Band of Mohican Indians. His mother, Adis Toucy Johnson, was a Stockbridge Indian and his father, James A. Johnson, appears to have been born into slavery in Tennessee and to have been a member of the United States Colored Heavy Artillery during the Civil War. 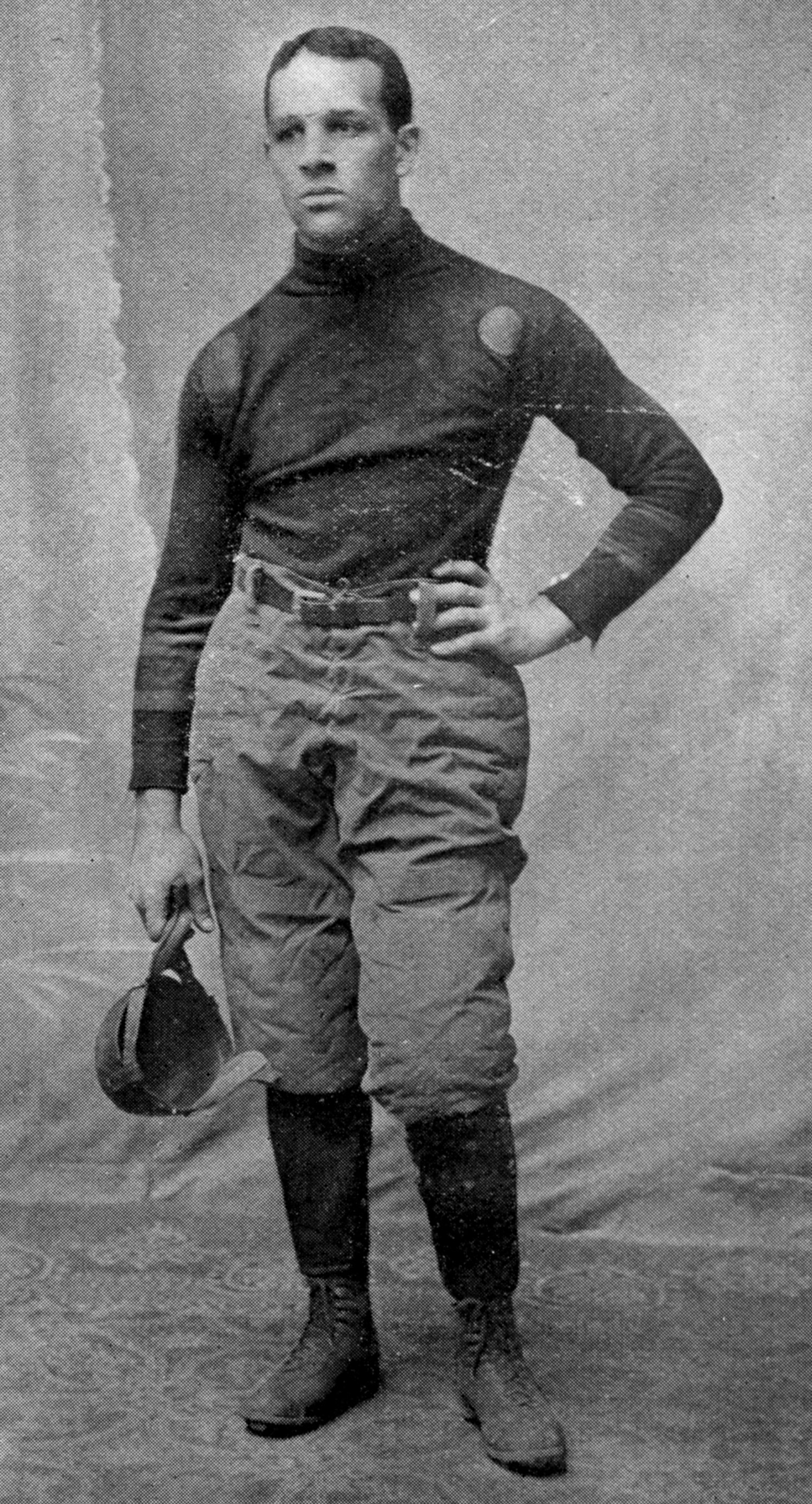 In 1897 Johnson began attending the Carlisle Indian Industrial School in Carlisle, Pennsylvania. After completing the curriculum at Carlisle, Johnson attended the Carlisle-affiliated Dickinson College Preparatory School and spent two years at Dickinson College. Founded and initially run by Brigadier General Richard Henry Pratt, who believed that the American government needed to "kill the Indian...to save the man,” Carlisle was a boarding school that served as a model for hundreds of residential schools that hoped to educate and assimilate Native American children into white American culture by stripping them of their own culture.

When Johnson arrived at Carlisle, the school was already nationally known for its dominant football team, coached by Glenn “Pop” Warner. Johnson joined the team as the quarterback and by 1903 was team captain. That same year he was named the All-American quarterback by Walter Camp, the “Father of American football,” whose lists of the country’s best college football players were published annually. Johnson led the Carlisle team to many victories over powerhouse teams such as Harvard and Northwestern, and he was also a member of Carlisle’s baseball and track teams. Image at left: Johnson in his Carlisle football uniform, from Northwestern Dental Journal, September 1904.

After considering attending Harvard to play on their football team, Johnson ultimately decided to enroll at Northwestern University Dental School. Despite the existence of a dental school football team, Johnson’s talent meant he was accepted as quarterback on the varsity undergraduate team, which was possible for a graduate student to do until 1906. Newspaper articles at the time often commented on how well he ran the team as quarterback, and he helped Northwestern win 16 out of its 21 games across two seasons. An injury in the final game of the 1905 season against Minnesota ended Johnson’s football career.  At the end of his first year at Northwestern, he married Florence Welch, a fellow Carlisle student and member of the Oneida Nation. 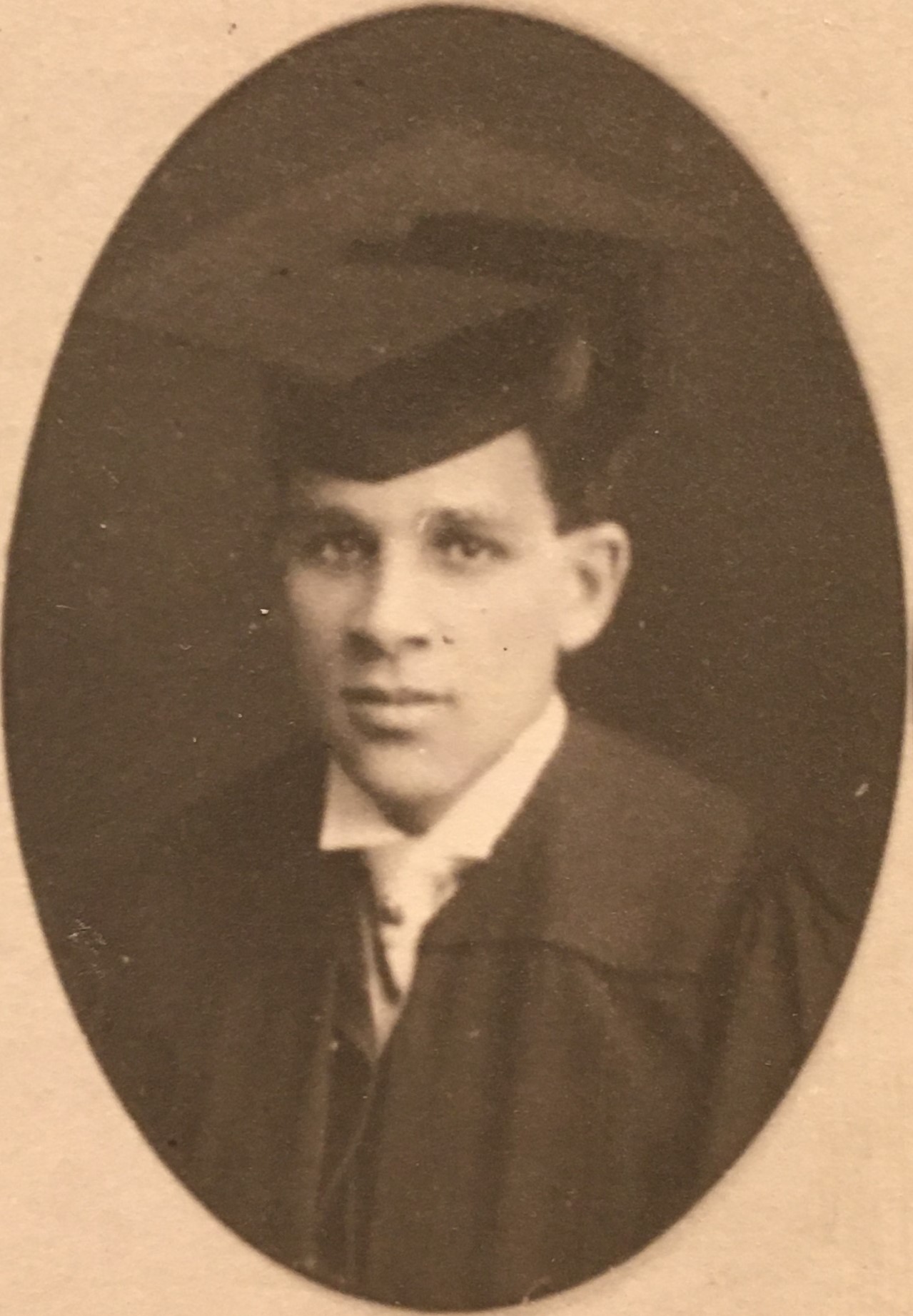 Johnson received his DDS in 1907 and initially practiced dentistry in Chicago before returning to Carlisle to assist Pop Warner as a football coach during the 1907 and 1908 seasons. During his time there, he helped recognize and develop the talents of Jim Thorpe, a member of the Sac and Fox Nation widely regarded as one of the best athletes of the 20th century. Image at right: Johnson’s dental school class of 1907 portrait, Galter Library Special Collections.

In 1909 Johnson and his wife visited Puerto Rico to determine whether it would be a good place for him to continue his dental practice. They ended up staying, and Johnson ran a successful dental practice in San Juan for 33 years, aside from a 3-year stint back in Chicago around 1930. In 1910 a Carlisle school publication reported that he was earning $4000 annually, equivalent to over $100,000 today. Johnson also put his dental training to use during World War I, when he served in the Army Dental Reserve Corps, rising through the ranks to become a captain in 1918.

Jimmy Johnson died on January 18, 1942, at the Mayo Clinic in Rochester, Minnesota, and was buried in Lincoln Cemetery in Blue Island, Illinois. In 1969 he was inducted into the College Football Hall of Fame in recognition of his speed on the field, intelligent play-calling, skill across positions, as well as for his leadership roles on both the Carlisle and Northwestern teams.

"Jimmy Johnson: The Strange and Surprising Story of an NU Hall of Famer." Hail to the Purple. May 18, 2003.