Provident and Northwestern began a loose affiliation with many of the medical school’s faculty as hospital staff. The hospital was located at 29th Street and South Dearborn, only five blocks from the former medical school campus. In 1932, as the Greater Provident Hospital, it became formally affiliated with the University of Chicago, moving into the former home of the Chicago Lying-In Hospital at 432 East 51st Street. 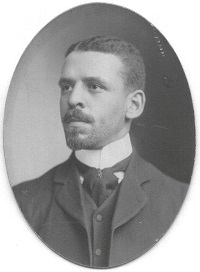 Daniel Herbert Anderson, MD (1876-1960), Class of 1902 was an intern at Provident in 1903. Dr. Anderson, called “Bertie” or “Bert” grew up in Janesville, Wisconsin. Dr. Anderson’s father, Charles Henry “Harry,” ran a tonsorial parlor and bathing rooms in Janesville. Daniel Hale Williams was an apprentice to the elder Anderson, studying to become a barber. Williams began a preceptorship in medicine while continuing to live with the Anderson family. 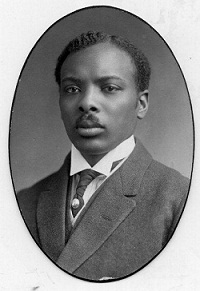 Julian Dawson, MD (1888-1955), a native of Albany, Georgia and graduate of Fisk University was in the Class of 1914 and became an intern at Provident after his graduation from Northwestern. He established private practices in Jacksonville and Galesburg, Illinois.  During World War I he was called to active service in 1917. Returning to Chicago in 1919, he joined the staff at Provident and retired as senior attending surgeon in 1951. He also did post MD graduate work in Vienna.

Besides his chosen career, he was active in the Illinois National Guard, joining the ‘Old Eighth’ Infantry in 1922, where he attained the rank of Brigadier General. 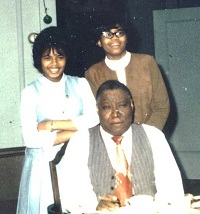 Edwin Kenneth McDonald, MD (1887-1975), a Birmingham, Alabama native, attended Miles Memorial College and Fisk University where he received his Bachelor of Science degree in 1917. A 1923 graduate of Northwestern’s medical school, he then became an intern at Provident. He was a pediatrician for more than 44 years, with a private practice on Chicago’s South Side, as well as associate pediatrician-in-residence at Provident.  He was also founder and director of the hospital’s Children’s Heart Clinic.

His great-grandson, Edwin Kenneth Mcdonald, IV, completed his MD program in 2008 and was accepted into a residency program at Northwestern.