Throughout the month of March, Galter Library will be honoring Women’s History Month by sharing short biographies of women graduates and faculty from Northwestern’s past. Currently on display in Galter’s Eckenhoff Reading Room is Snapshots of Women Faculty, an exhibit celebrating the centennial anniversary of female faculty members at Northwestern’s Medical School. Beginning in 1921, each case represents a lens through which you can see the influence and impact of women faculty within a given year. Snapshots have been taken from 100 to 25 years ago to offer a visual guide of the progress that has been made and the work still to come. This exhibit highlights some of the challenges that women in medicine have faced while introducing you to women from Feinberg’s past and present. We kick off our series celebrating Women's History with a snapshot of 75 years ago by honoring the life and legacy of Beatrice Edna Tucker, MD.

Beatrice Tucker was born in 1897 in Carbondale, Pennsylvania. Shortly after her birth, her father, a former grocer, began to practice medicine without a license. While he was eventually licensed as an optometrist, for many years he frequently moved his family around the country to avoid legal repercussions. Tucker reported that this experience is part of what led her to become a doctor.

Tucker graduated from Rush Medical College in 1922. She was the first woman intern at Evanston Hospital, and then the first woman resident at Chicago's Lying-In Hospital. Joseph B. DeLee, MD, the founder of and chief-of-staff at the Lying-In Hospital, at first objected to having female doctors on staff. Nevertheless, he was soon impressed enough by Tucker that he eventually recruited her as director of the Chicago Maternity Center, where she remained from 1932–1973. She joined the faculty of Northwestern University Medical School in 1933. Image at Right: Portrait of Beatrice Tucker, circa 1931, courtesy of Northwestern Memorial Hospital Archives.

Tucker was a staunch proponent of home births and equitable access to obstetric care. Under her leadership, the center delivered over 100,000 babies and trained hundreds of residents and medical students in obstetrics each year. They employed strict procedures for delivering at home as safely as possible. Despite the poverty-stricken environments in which center staff often delivered, including homes with dirt floors and no electricity, these procedures were effective. In the 1930s, when the national maternal mortality rate was 1 death per 175 births, the center reported a rate of 1 per 1100. 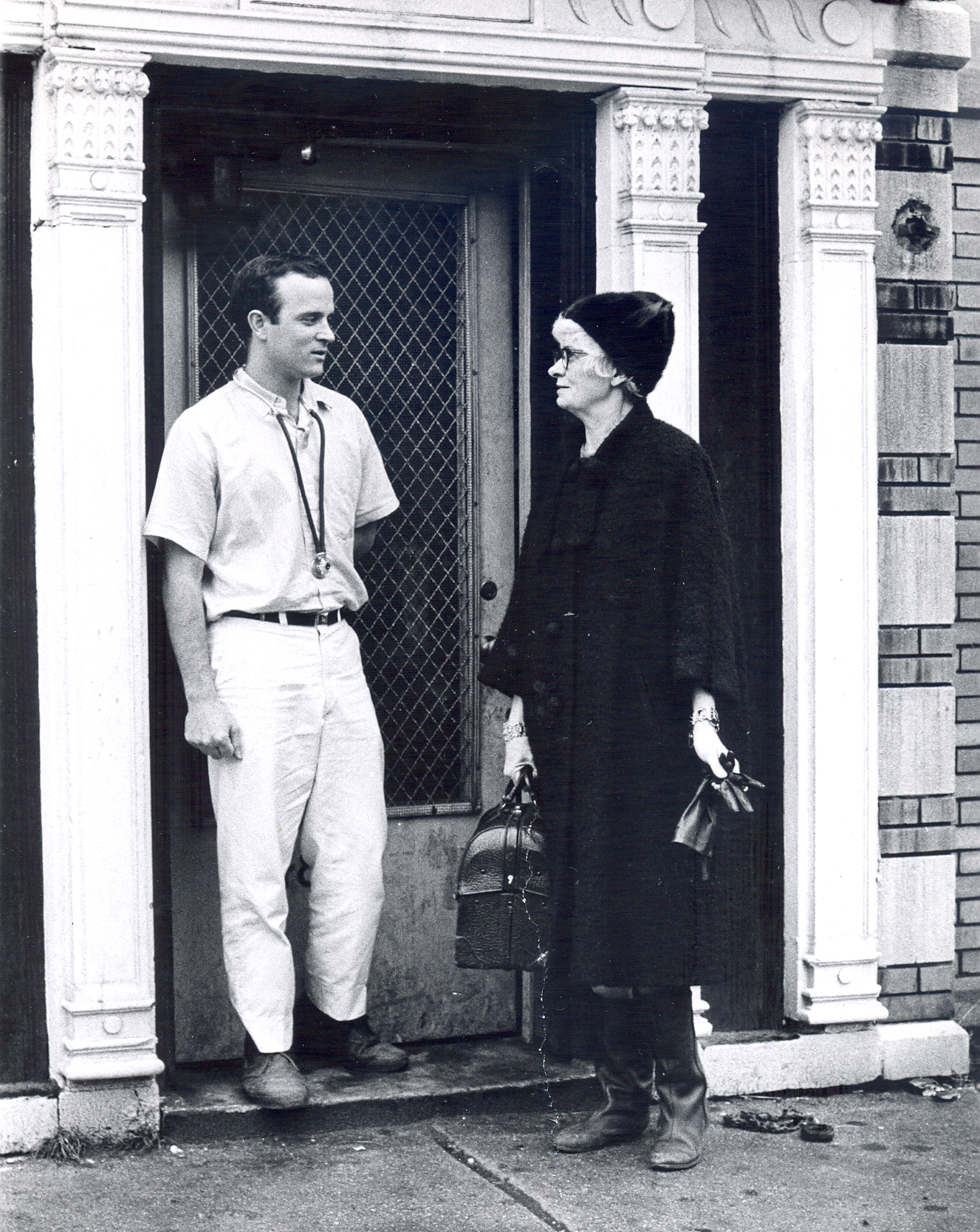 In the 1960s and 1970s, Tucker was considered a leader in the renewed home birth movement and lobbied for legalized abortion and access to birth control. Throughout her career, she received numerous honors and awards, including honorary degrees and the Chicago Maternity Center's Daggett Harvey Award. Image at Left: Tucker standing with a resident on call outside of the Chicago Maternity Center, circa 1960s, courtesy of Northwestern Memorial Hospital Archives.