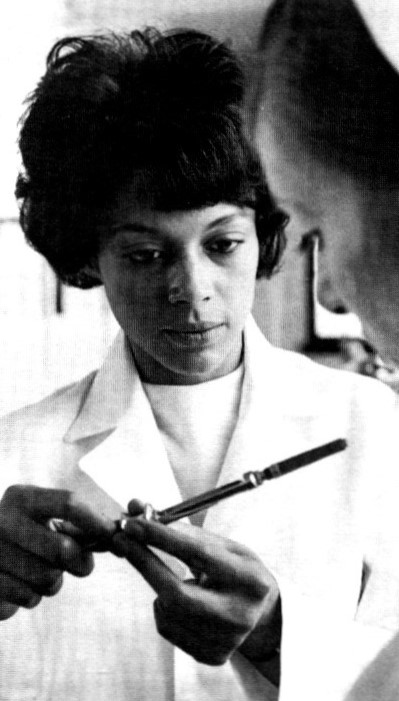 Juliann Bluitt was born on June 14, 1938 in Washington, D.C., the daughter of a hospital payroll clerk and an elementary schoolteacher. She graduated from Howard University with a bachelor’s degree in zoology (1958) and a DDS from the College of Dentistry (1962). Initially, her ambition was to be a veterinarian, but she turned to dentistry because her interest was piqued after frequent childhood visits to the orthodontist’s office. She later admitted that the dearth of women in the profession was also an impetus for her interest in dentistry.

After moving to Chicago, Bluitt worked for the Chicago Board of Health, providing dental care to children in the neighborhood. During the summers, she served on the dental staff of “Project Head Start.” In 1967, Bluitt became the first Black full-time faculty member at Northwestern University Dental School, hired to direct the school’s two-year dental hygiene program. Image at right: Juliann Bluitt instructs a student hygienist, Spring 1971, The Bridge.

At Northwestern, Bluitt developed and managed a program in community dentistry to increase access to dental care. She instituted a free Saturday Morning People’s Clinic that provided young patients ages 3-15 with oral health rehabilitation and maintenance. She served as a lecturer in the medical school’s Department of Community Medicine and was a faculty fellow in the Center for Teaching Professions. In 1984, she received a certificate in personnel administration from Northwestern University’s University College. She served as the dental school’s associate dean of admissions (an office combined with student affairs), and in 1988 she was charged by dental school Dean Norman Olsen with developing a recruitment program and admission policies that would attract highly qualified students to the dental school. Bluitt continued to work at the dental school, only moving to private general dentistry practice when the school closed in 2001. 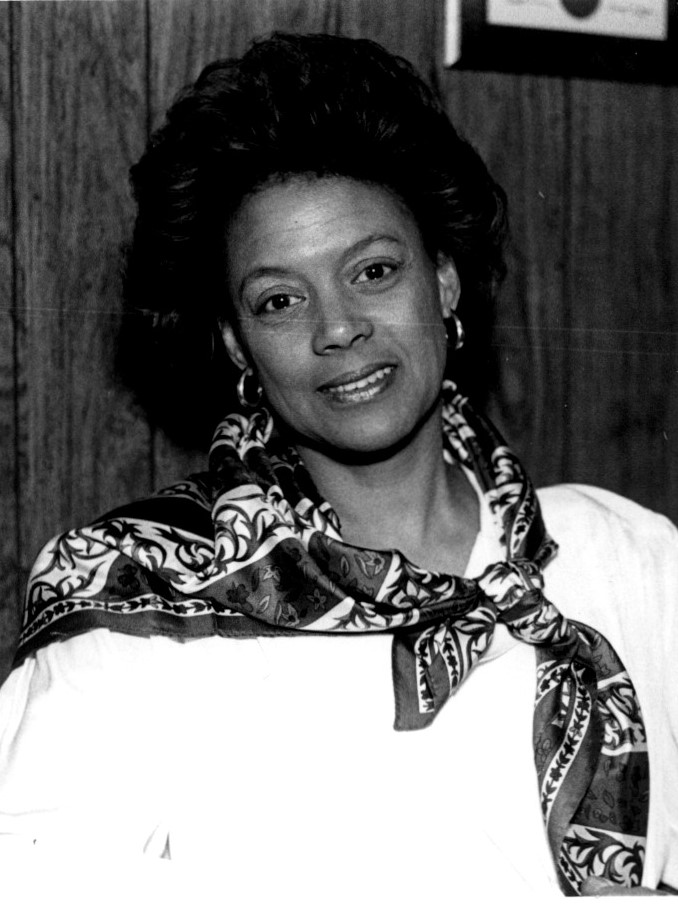 Bluitt was a member of Omicron Kappa Upsilon, the national dental honor society that was founded at Northwestern in 1914. An advocate for dental health care delivery, particularly for children, she was named “Dentist of the Year” in 1973 by the Illinois Unit of the American Society of Dentistry for Children. In 1991 she was inducted into the Chicago Women’s Hall of Fame in recognition for her involvement in dental care and dental education in the city.  She served as the first woman president of the American College of Dentists and was also the first woman elected president of the Chicago Dental Society. Bluitt served on national advisory councils to the National Institutes of Health and was the recipient of many awards. She published on a variety of topics in dental journals and was a contributing author to The Profile of the Negro in American Dentistry, edited by Foster Kidd. Image at left: Juliann Bluitt, circa 1980s, Galter Library, Special Collections.

Bluitt was married to fellow Howard University College of Dentistry alumnus, Roscoe Conkling Foster Jr., an orthodontist.1 The couple lived and worked in Chicago until retirement, when they retired to Hilton Head, South Carolina. Bluitt enjoyed volunteer and leisure activities, including travel with Foster, who died in 2014. She passed away on April 17, 2019 in Hilton Head. Bluitt made a lasting impact on the dental profession and Chicago, and she is remembered as an advocate for women in dentistry and for children’s dental healthcare.

1. In university publications, Bluitt continued to use her maiden name, though after her marriage to Foster, she was listed as Juliann Foster, Juliann S. Bluitt-Foster, Juliann Bluitt Foster in professional directories and elsewhere.