Yasu Hishikawa was born in Nagoya, Japan, around the year 1861, a time of great change for the country. In 1854, Japan had been forced to sign the Convention of Kanagawa, which opened it to the Western world, ending 220 years of isolationism. Fourteen years later, the Meiji Restoration of 1868 restored power to the emperor after nearly 700 years of de facto military rule by shoguns. Under Emperor Meiji, who ruled until 1912, Japan became an industrialized world power that, no longer isolated from the Western world, incorporated many Western ideas into its reshaped government and society. 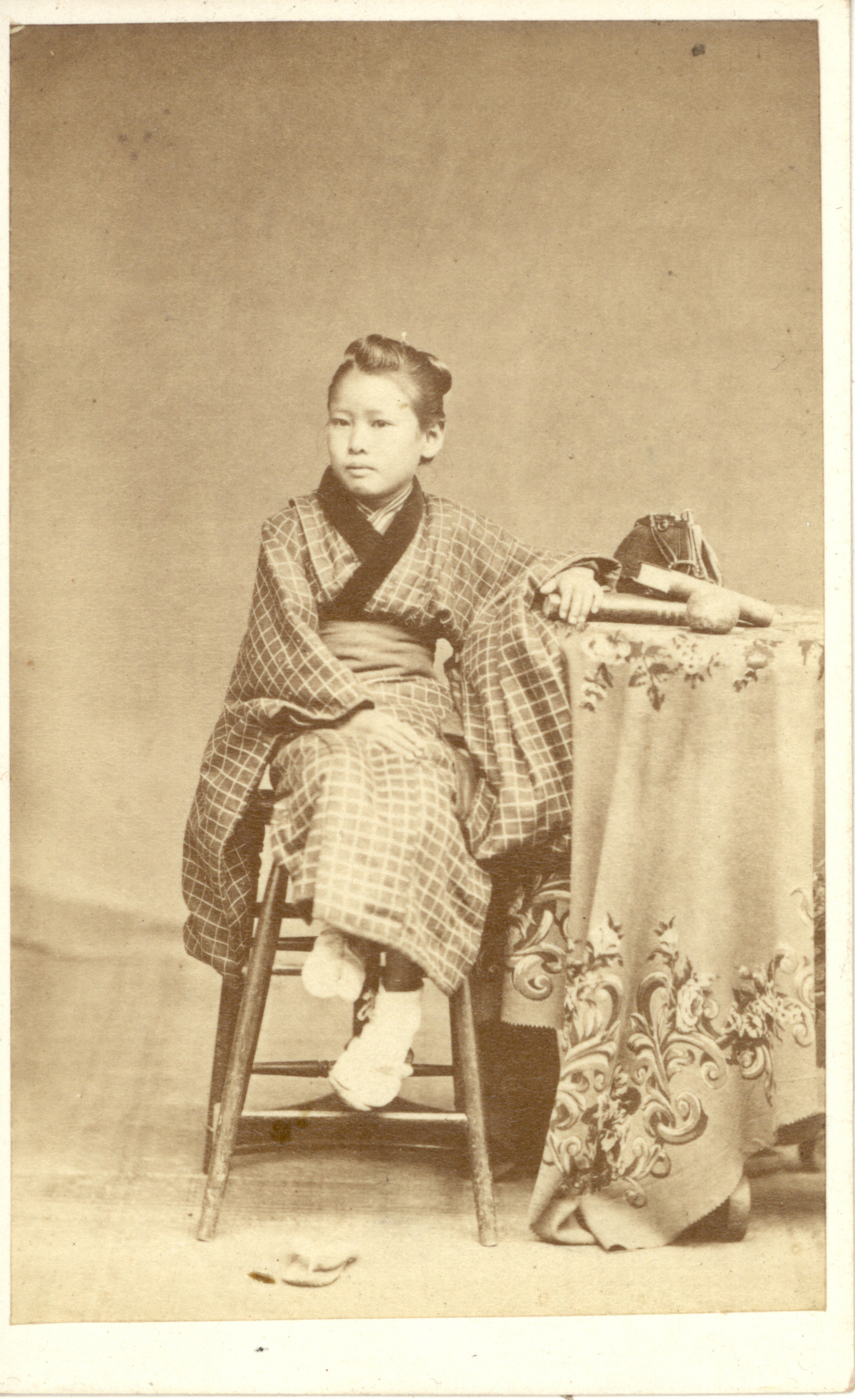 Seeing this new openness to the West, Christian missionaries began to travel to Japan in the 1860s and ‘70s to establish missions and schools. The Japanese government encouraged foreign education of Japanese children as part of the country’s efforts to modernize and to gain acceptance from Western countries. Although emphasis was placed on the education of boys, female missionaries opened schools expressly for girls across the country. Yasu Hishikawa attended one such school, the Kyōritsu jogakkō (Kyōritsu Girls’ School) in Yokohama, which was founded by the Woman’s Union Missionary Society in 1871. Photo at left: Hishikawa around the time she attended the Kyōritsu Girls’ School, circa 1871. Courtesy of Buswell Library Archives & Special Collections, Wheaton College, IL.

Hishikawa wanted to study medicine but women in Japan were not permitted to attend medical school or take exams to be doctors; they had to attend foreign medical schools and return to their country, where they could then be exempted from taking the exams. In 1883, Sarah K. Cummings, MD, a graduate of the Woman’s Medical College of Chicago (which became Northwestern University Woman’s Medical School in 1892), was sent to Japan by the Woman’s Presbyterian Board of Missions as its first female medical missionary. Because of Hishikawa’s interest in medicine, another missionary introduced her to Cummings, and they started work together at a mission in Kanazawa. Hishikawa helped Cummings teach at schools for boys and girls and she learned about medicine by working in the mission’s dispensary.

In 1884, Cummings established a scholarship at the Woman’s Medical College in Chicago and helped Hishikawa secure a spot at the school, where she enrolled in 1886. While studying in Chicago, Hishikawa received the support of George E. Shipman, a prominent medical practitioner and lecturer as well as a philanthropist. When she graduated from WMC in 1889, Hishikawa was described as “one of its best students, having passed the highest examination in Medical Jurisprudence.”¹ Although she officially attended the Woman’s Medical College, she is generally considered the first Asian student to earn an MD from Northwestern University because, when the college was absorbed by Northwestern in 1892–three years after Hishikawa’s graduation–all graduates of WMC retroactively became alumnae of Northwestern.

After receiving her degree, Hishikawa became the first Japanese woman to earn a medical license in the state of Illinois and was one of just 300 women practicing medicine in the state in the 1890s. Specializing in gynecology and pediatrics, she was an assistant house physician at the Foundlings’ Home in Chicago and pursued a partial course of study as an intern at the Woman’s Hospital. In November of 1890 she returned to Japan as a medical missionary. Before her departure, WMC president Charles Warrington Earle, MD, threw her a going-away party at his home.

When Hishikawa registered as a medical doctor in Japan in 1891, she was one of only 13 female doctors in the country. She began work in the Nigeshi Hospital in Yokohama, which was managed by a Christian organization. Within a few years she had begun working in the Kyoto Mission with her mentor Sarah Cummings, now known by her married name, Sarah Porter. Hishikawa established and ran a dispensary at the Mission, where they treated 1500 patients in one year.

While Yasu Hishikawa’s date of death is unknown, mentions of her being ill appear in reports for the Kyoto Mission. According to the reports, the dispensary had to be closed for periods of time between 1894 and 1896 due to her illness. She had died by June 1902, when the journal Woman’s Missionary Friend reported that she had died since returning to Japan in 1890.²

Besides the details discussed here, little is known about the life of Yasu Hishikawa. Thank you to researcher Takako Day, who compiled much of what is known about Hishikawa in her two-part article "Atypical Japanese Women - The First Japanese Female Medical Doctor and Nurses in Chicago." Without her work and generosity in sharing it, we would know very little about Yasu Hishikawa.