A Brief History of Co-Education at the Medical School

In honor of National Women's History Month, we are taking a closer look at how the education of women in medicine got its start here at Northwestern.

As an experiment in the fall session of 1869, the Chicago Medical College matriculated three women: Mary Harris Thompson, MD, Odelia Blinn, MD and Julia A. Cole. The male students complained that, with women in the classroom, some clinical work and lecture material were omitted. As a result, only Dr. Mary Harris Thompson was awarded an MD ad eundem the following spring (a courtesy given to those who already had an MD), and Dr. Blinn and Miss Cole were not allowed to continue their studies. 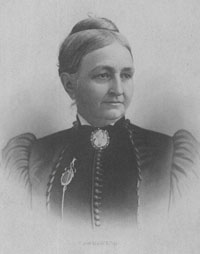 Dr. Mary Thompson was born at Fort Ann, New York in 1829, and after completing a general education, she taught in elementary schools. In 1859, at the age of thirty, she began to study medicine at the New England Female Medical College in Boston and was awarded an MD in 1863. Her studies included a one-year internship with Drs. Elizabeth and Emily Blackwell at the New York Infirmary for Women and Children. She was the first known woman to perform major surgery.

Dr. Thompson relocated to Chicago in 1863 and established the Chicago Hospital for Women and Children in 1865. The hospital was primarily a charity hospital for those affected by the Civil War. The hospital was renamed the Mary Thompson Hospital after her death in 1895 and operated until 1988. Several years after her death, a memorial bust of Dr. Thompson, the work of the well-known sculptor, Daniel C. French, was presented by her friends to the Art Institute of Chicago. 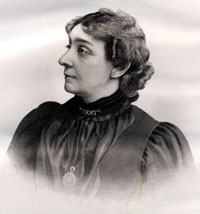 Dr. Odelia Blinn was awarded an MD from the Woman's Medical College of Pennsylvania in 1868. Previously, she had studied medicine with Dr. Thompson in Chicago and after completion of her medical degree, she toured in the United Kingdom and attended medical lectures in Paris before returning to Chicago in 1869.

After her brief educational experience at the Chicago Medical College, she became superintendent of the dispensary of the YWCA in Chicago. She was active in women’s rights and public hygiene. During the 1880s she was also associated with Dr. Oscar Coleman De Wolf, Northwestern University’s Professor of State Medicine and Public Hygiene and Chicago’s Commissioner of Health. She died in 1905. 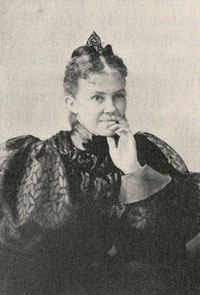 In 1879, the Woman’s Hospital Medical College of Chicago became independent of the hospital and the name was changed to Woman's Medical College of Chicago. During this time the school's reputation and enrollment increased substantially. An affiliation with Northwestern University was established in 1892 and the college was renamed Northwestern University Woman's Medical School. The faculty believed that the relationship would enhance their school's respectability, ensure its longevity, and secure funding to improve teaching and laboratory facilities.

The University, however, failed to invest money in the Woman’s Medical School. As resources diminished and other medical schools in Chicago and in the nation began accepting women, the school's ability to meet students' educational needs was threatened and enrollment declined. The school and its predecessors graduated nearly 600 female physicians before its unceremonious closing in 1902. Ironically, the demise of the Woman's School was a product of its success: by educating women physicians and proving that women could become physicians, it convinced other medical schools to remove obstacles to the medical education of women.

The following quote from a a Chicago newspaper, dated Jan. 4, 1902, illustrates the short-sighted and chauvinistic opinions at the time: "Trustee James H. Raymond said of the abandonment of the college: 'It is impossible to make a doctor of a woman. Women cannot grasp the chemical and pharmaceutical laboratory work, the intricacies of surgery, or the minute work of dissecting ...' "

Future articles will include biographies and images of women at Northwestern’s medical school.

Historical items including books, photographs, instruments and equipment are available for study and viewing. Please call (312) 503-8133 or email for an appointment with the Special Collections Librarian.